Most anticipated boxing matches of 2022

After a great 2021 that saw matches like Tyson Fury vs Deontay Wilder, 2022 is going to be a great year for boxing viewers as well. We could wait, so we wrote up a list of the most anticipated fights for the year!

After knocking out Deontay Wilder in Las Vegas for the second time, Tyson Fury conclusively established his dominance over the Alabama banger. Fury also reinforced his position as king of the heavyweights.

To reign undisputed Fury must add the remaining WBO, IBF and WBA belts to his current haul of WBC and Ring Magazine/Lineal Status. Those belts are currently held by Oleksandr Usyk.

The Ukrainian southpaw travelled to the UK to defeat hometown favourite Anthony Joshua in September 2021 to scupper the potential for a huge showdown between AJ and Fury on British shores.

Joshua has the chance to gain revenge over Usyk in their proposed 2022 rematch. If Usyk repeats the trick and defeats Joshua for the second time, then he could conceivably fight Fury later in the year in an undisputed heavyweight battle for the ages.

For years fans have been desperate for welterweight stars Terence Crawford and Errol Spence to meet in the ring and define the best of a generation. Both are undefeated. Southpaw Spence currently sits at 27-0 (21 KOs), while switch-hitting stylist Crawford boasts a 38-0 (29 KOs) record.

“Bud” Crawford is a three-weight world champion and former undisputed king at 140 pounds. In late 2019 Spence unified his IBF title with Shawn Porter’s WBC crown after a rip-roaring 12 rounds of action. The following month Errol suffered a catastrophic car accident that threatened to end his boxing career and left him fighting for his life.

Even though he returned late last year to defeat Danny Garcia, the Texan has been understandably battling injuries. If he meets Crawford in 2022, he will need to be in tip-top shape or Crawford will take full advantage.

This iOS app provides punching bag and shadow boxing exercises. Follow the app's instructions as it calls out punches!

Some may laugh at the suggestion of a Khan-Brook contest in 2022 given the fact that both men are clearly past their prime. However, on February 19 these two British rivals will finally settle their long-running feud and throw down in Manchester.

Despite what many may think about the state of the two protagonists, this remains the second biggest all-UK fight behind Tyson Fury and Anthony Joshua. As soon as the tickets went on sale they swiftly disappeared. Khan has achieved more across his 17-year career, but both have held world titles.

Their respective punch resistance is questionable but if Khan can retain his speed and Brook his punching power then this fight could be intriguing and exciting.

When Philadelphia boxer Stephen Fulton narrowly bettered Brandon Figueroa he added Figueroa’s WBC title to his own WBO belt. As Figueroa had previously outlasted Luis Nery it took the super-bantamweight division one step closer to being tidied up.

Californian-based Uzbek Murodjon Akhmadaliev, meanwhile, defeated Danny Roman in 2020 to win the IBF and WBA titles. Between them they hold all four belts so a fight with Fulton in 2022 would be a natural conclusion to crown a definitive ruler in the 122-pound weight class.

In the unfortunate event that a fight between Crawford and Spence cannot be finalised, then Crawford could face Top Rank stablemate Josh Taylor. Many expect the Scotsman to soon move up in weight and look to build up his legacy.

Both Taylor and Crawford have unified the super-lightweight division in recent years so a fight between the pair would be a blockbuster affair.

If you love watching boxing, 2022 could be the year you start practicing this sport! Make boxing your 2022 resolution, hit the gym, find a coach, start sparring, get a punching bag… this is not only a great workout but also an amazing sport. You can also train your technique doing shadow boxing.

Boxing with an app

If you want to train at home, using an app can be a good option. There are a lot out there, so we built a list of the best ones out there! While nothing beats a boxing gym and a coach, training with a mobile app is a good addition to your workout, regardless if you are a beginner or more experienced.

For fitness, any of the usual apps like freelytics will work. However if you are looking for something focused on boxing and shadow boxing in particular, you should try the Shadow Boxing App on iOS.

The many user reviews don’t lie, so don’t hesitate to give it a try for free! 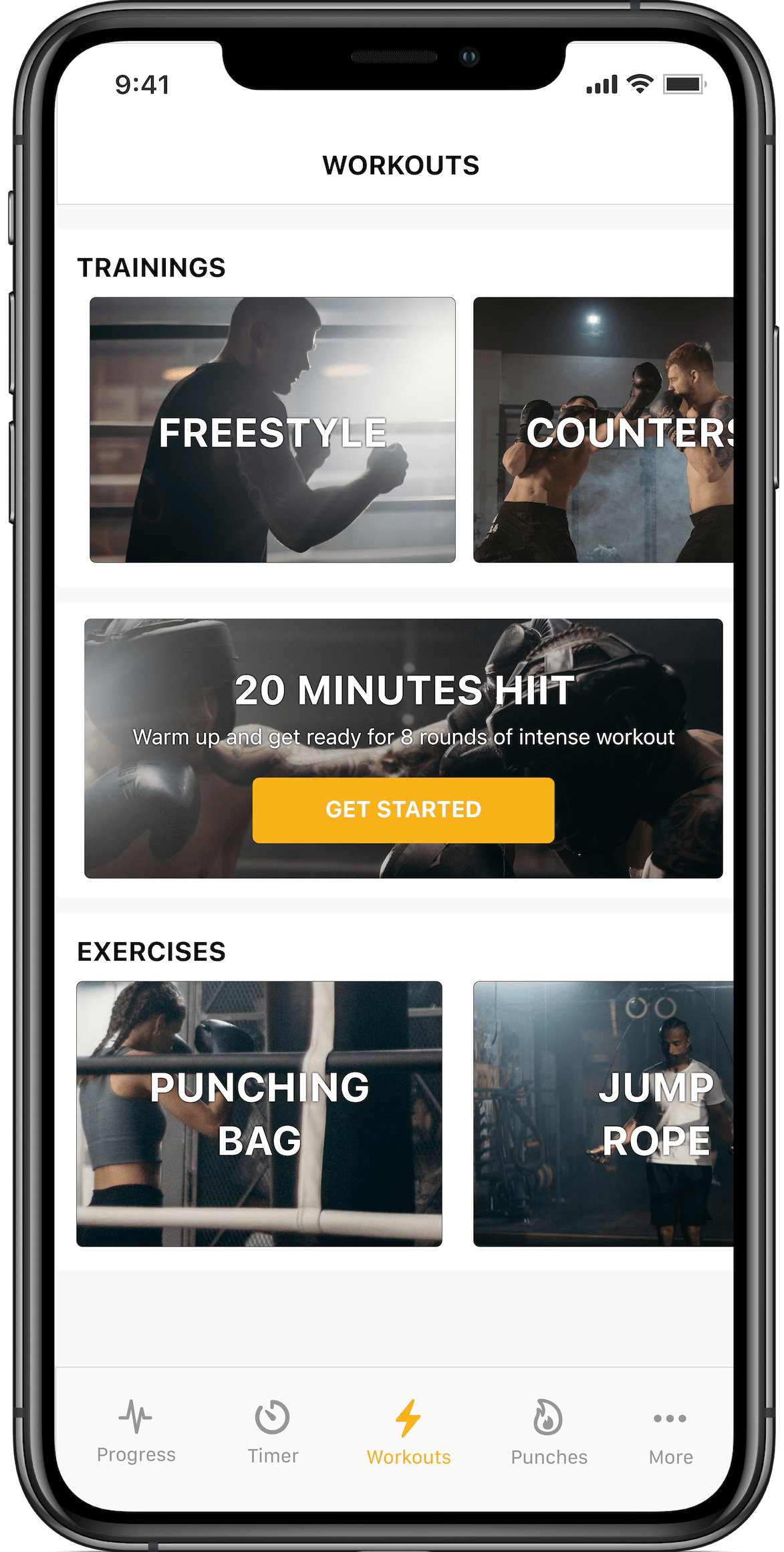 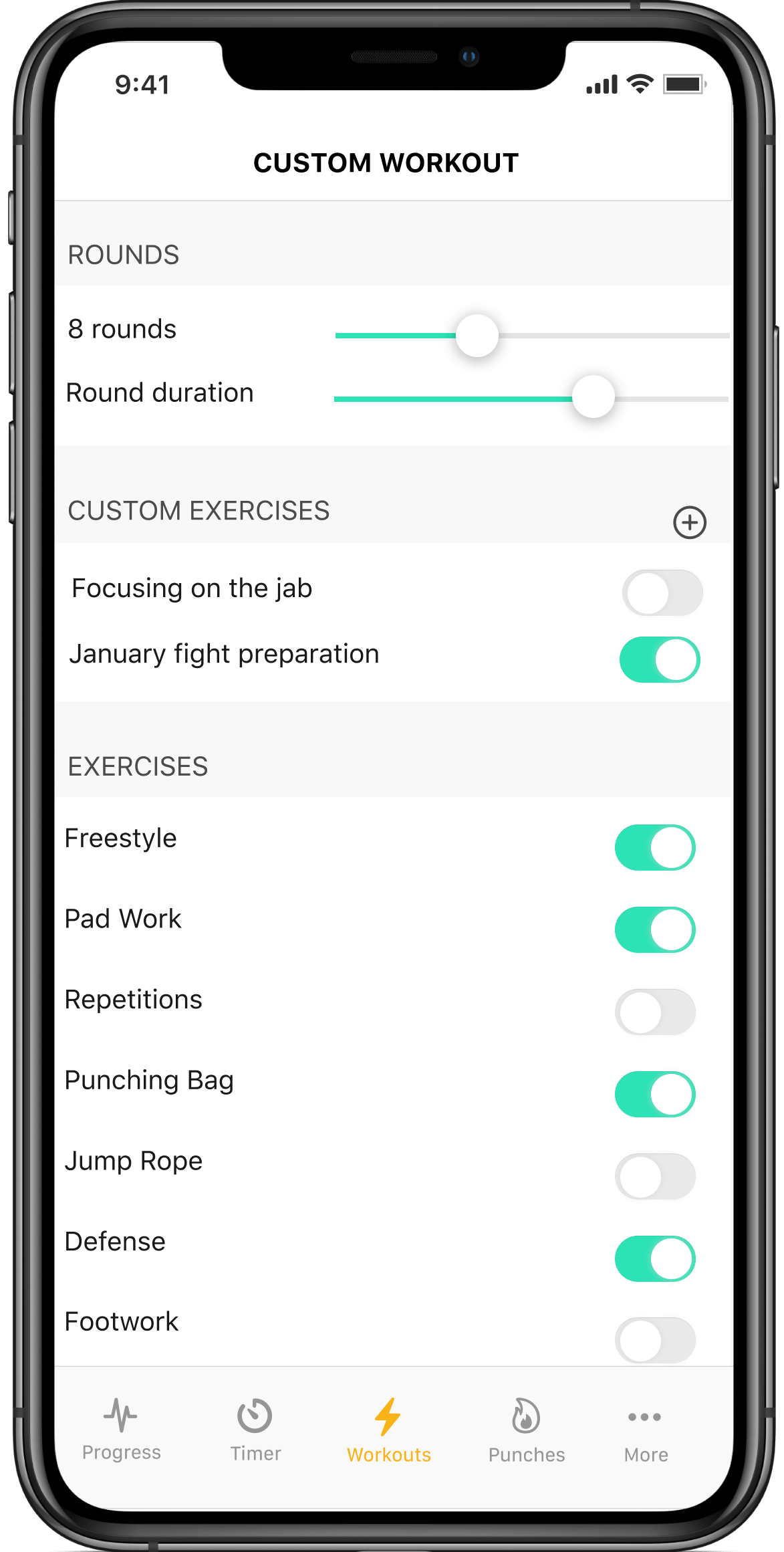