When you watch any top boxer in action, they can throw multiple punches at blinding speed. Despite the apparent randomness of some of these flurries, when you slow the tape down and observe in greater detail, there is much more method to the madness.

Boxers at the top of their game have become masters of the craft; able to reel off combinations that have been tried, tested and perfected across years of dedicated training drills, making the variety of shots almost second nature.

As any young pugilist moves up in skill level, the combinations quickly become more complex and harder to master. However, they all stem from a basic set of fundamental shots that need to be learned if a boxer is to improve and progress.

The jab, overhand right/left cross (depending on stance), left and right hook and left and right uppercut make up the foundations of boxing. Putting them together in sequence is part of the noble art.

The 1-2 is boxing’s fail-safe combination. Throwing a solid jab-cross is the first basic combination that any young fighter will learn and hope to perfect. When done well it can be a devastating weapon. 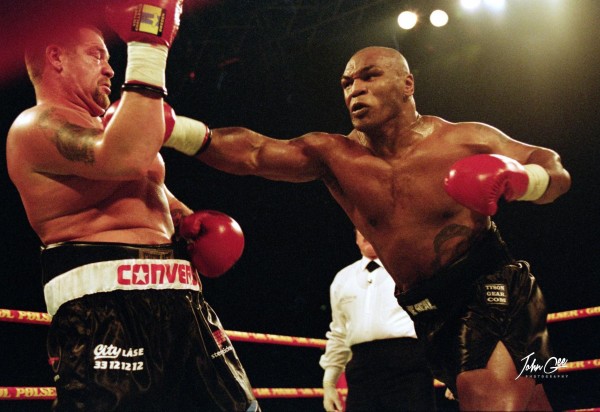 Doubling up on the jab by creating a 1-1-2 combination is a neat way of keeping the opponent guessing and on the back foot. It is also a method to close distance and land those all-important power shots.

Former super-middleweight world champion Mikkel Kessler would often lean forward behind a powerful double jab and bring the right hand in behind. Throwing out a single jab can run the risk of a fighter being counter punched if he/she is not quick enough. Therefore, implementing a sound 1-1-2 can be an extremely useful tool.

The 1-2-3 combination meshes a jab, cross and hook into one swift movement. Again, Wladimir Klitschko’s balance and positioning often allowed him to move in with a powerful lead left jab, drop the right hand in behind, along with a crunching left hook to finish off the move.

Practice your combos with this boxing app that will call out punches!

Beyond these fundamental combinations, as a fighter progresses, they will invariably mix the shots up and even bring in to play numbers 5 and 6: the left or right uppercut.

The uppercut is a shot only to be attempted when there is a good chance of it landing so as not to be countered. Punches to the body can also be introduced as a fighter’s confidence in shot selection grows.

The 1-1-2-3-4 is a dependable sequence of shots especially when a boxer has good hand speed, power and fluidity.

Being able to put the punches together swiftly, lacking any form of robotic shot selection, is the key to getting into range, landing your shots and getting out again before sustaining any lasting damage.

If you are to succeed as a boxer you will need to spend hours perfecting your craft and learning these various effective boxing combinations.

A good way to commit these combinations to muscle memory is through exercises like pad work. If you are interested, you can use a boxing app to train at home!